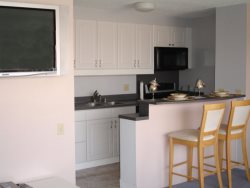 Thoroughly enjoyed our stay at the Resolution Tower. There were lower priced 2B/2B apartments available, but in the end we were happy ...

My whole experience with Hi Paradise Rentals was excellent. It was nothing but smooth and pleasurable from the time of my first contac...

Hi Paradise Rentals, The apartment was perfect! Great location for us with a bub as it was a bit quieter down this end of town just ...

Things to Do in Waikiki

There are so many things to explore on Oahu, we don’t know where to start.  To make things easy, we've listed below a few things to do for first timers to our beautiful island.

Beaches:  Oahu is surrounded by water and below are some of the best beaches in the world.

Waikiki Beach – The most famous beach in the world, it’s been attraction for tourist for decades.  The 2 mile stretch of white sand surrounded by peaceful water with year round swimming and surfing.

Sunset Beach – On the historic North Shore, Sunset Beach has clear ocean blue water perfect for swimming, snorkeling and families.  In the winter months the big waves roll in making the Pipeline come to life for you to watch and take pictures of the pro’s riding giants.

Hanauma Bay- Hanauma Bay is both a Nature Preserve and a Marine Life Conservation District (the first established in the State of Hawai’i)  About 400 species of fish are known to inhabit the bay.  Hanauma Bay is known for its abundance of Green Sea Turtles, Hanauma is a nursery ground for the immature turtles. Which have their nesting grounds at French Frigate Shoals.  It is also known for its abundance of parrotfish.

Sportfishing – Oahu offer some of the best big game fishing in the world.  The largest Marlin caught on Rod & Reel was in Oahu waters, this big boy was 1805 LBS and is on display inside of Aloha Towers.  We recommend Reel Intense Sportfishing (808) 589-2248.

Pearl Harbor - A visit to Pearl Harbor is near the top of most Hawaii to-do lists. The opportunity to pay respects to the fallen sailors and brave heroes of December 7, 1941, while feeling first-hand the emotions of the Pearl Harbor attacks is something that all visitors to Hawaii should experience.  We recommend using a tour company to enjoy a hassle free experience

Diamond Head - Diamond Head is a defining feature of the view known to residents and tourists of Waikiki alike. The volcanic tuff cone is a United States State Monument.  The crater's proximity to Honolulu's resort hotels and beaches makes the rest of it a popular destination.  Take a hike up Diamond Head and experience a view of a life time.

Jump to a Rental